A decade on, the Rohingya still suffer

The Rohingya were pushed out of Myanmar and into Bangladesh by fire, rape, and murder, and now over a million people struggle to survive in the world’s largest refugee camp.

Since I last wrote about it, things got a lot worse for the Rohingya:

On 28 September 2018, at the 73rd United Nations General Assembly (UNGA), Bangladeshi Prime Minister Sheikh Hasina said there are 1.1 million Rohingya refugees now in Bangladesh. Overcrowding from the recent population boom at Bangladesh’s Rohingya refugee camps has placed a strain on its infrastructure. The refugees lack access to services, education, food, clean water, and proper sanitation; they are also vulnerable to natural disasters and infectious disease transmission. […]

Fayroz got in touch with me. He’s 23 years old, and lives in – is trapped in – the refugee camp in Cox’s Bazar in Bangladesh. For half his life, his people have been suffering an ongoing genocide.

There are many intersecting humanitarian disasters in the refugee camps – flooding, sanitation, food shortages, disease, lack of education – but the thing he most wants me to tell you about is the lack of water.

This is a water point, currently broken – click to play the video and hear Fayroz’s explanation:

Fayroz tells me there is one water point per ‘block’. A block will have at least 700 families. Some blocks have over a thousand families. That’s one water point – four taps at best, less if they’re broken, like this one – for likely more than five thousand people.

He says UNHCR put 3 water points in their part of the camp in 2017, but haven’t installed more, and neither have they returned to repair the broken ones.

With the water infrastructure so limited, people have to walk an hour or more to fetch water, and with no guarantee that’s it’s safe to drink. People struggle to get enough water; people get seriously ill from unsafe water, and then run into the lack of healthcare in the camps.

The hot season is coming, which is going to make these shortages even worse. If you have anything to spare to help out, Partners Relief and Development are working in this area – providing water, food, healthcare, shelter and education.

Please donate by going to Partners Relief & Development and choosing ‘Rohingya Emergency Relief’, or make a direct bank deposit to 02-0820-0432888-00 and tag your donation ‘Rohingya water.’

Here’s how serious the situation is, in Fayroz’s own words:

Rohingya refugees are keeping lines for drinking water and water collections in camps. They have to collect water during the daytime, since night brings dangers of sexual assault because water is scarce in most locations in camps.

Most shelters were built at the top or on the sides of hills, around 40 to 60 feet above ground. Families had to walk down the hills to collect water. There are problems with the quality and uneven distribution of water, with many people walking long distances to water sources.

Rohingya refugees have been dealing with challenges arising from congested and unhygienic camp conditions, the lack of sufficient water and sanitation infrastructure, fecal contamination, and geographical limitations such as shortage of land area and groundwater. About a million Rohingyas have fled due to the ethnic cleansing in Myanmar and sought refuge in Bangladesh. The refugees are located in temporary settlements on hilly areas of Cox’s Bazar with inadequate water and sanitation facilities, giving rise to diseases such as cholera, typhoid, and diarrhea. During the emergency phase of camp construction, many water points were installed too close to latrines and some tube wells remain within unsafe distances of latrines due to the shortage of space in the camps.

Please donate by going to Partners Relief & Development and choosing ‘Rohingya Emergency Relief’, or make a direct bank deposit to 02-0820-0432888-00 and tag your donation ‘Rohingya water.’ 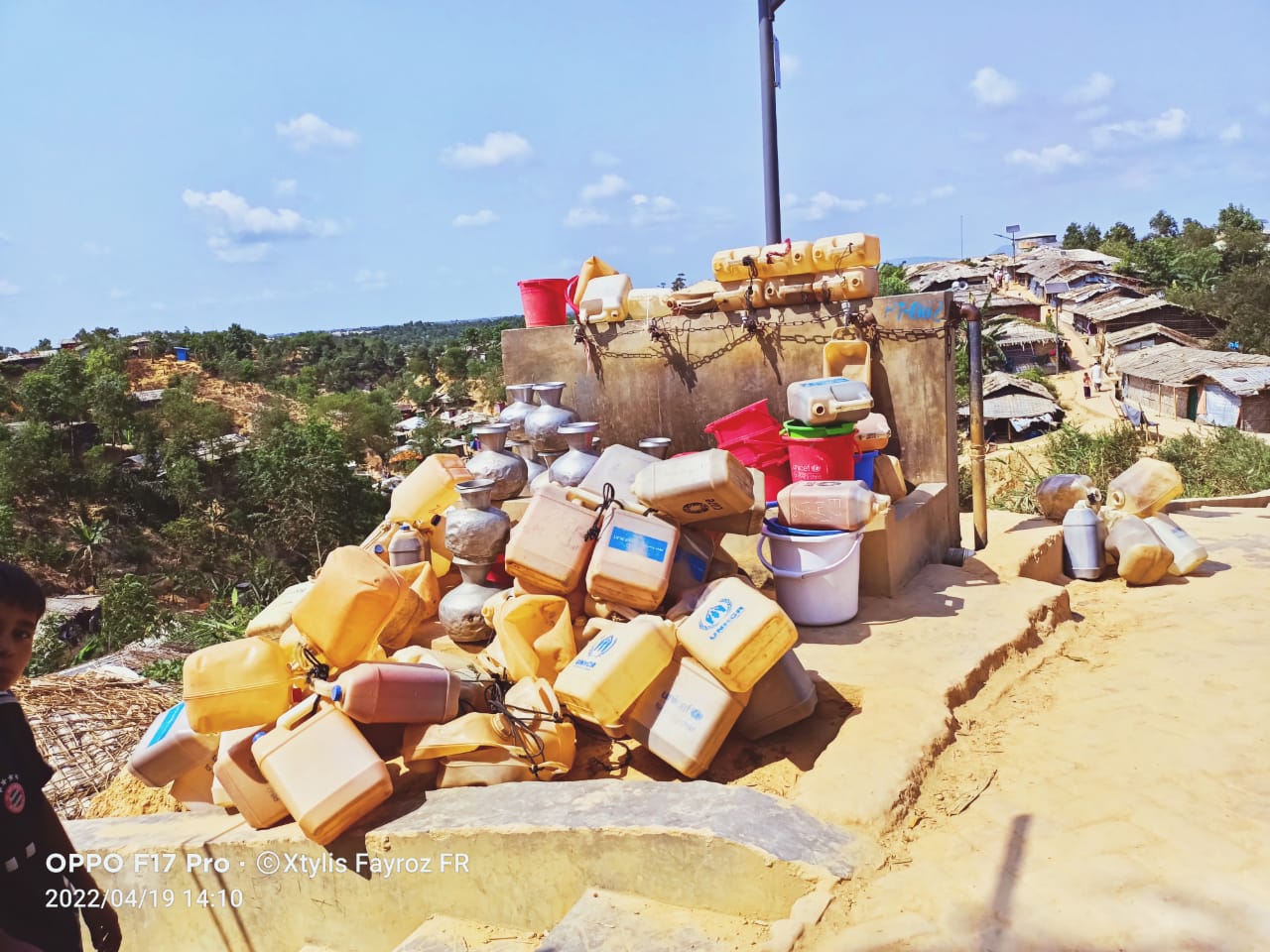 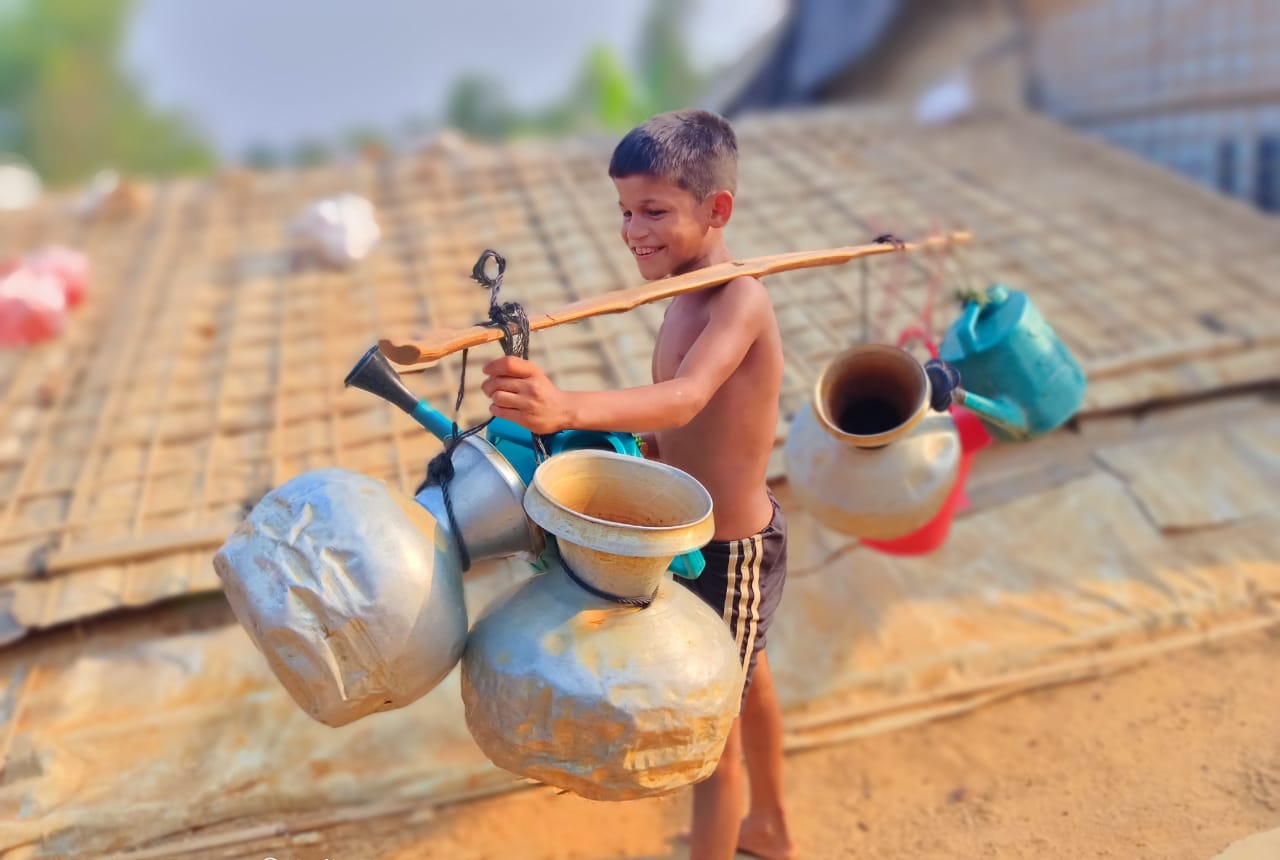 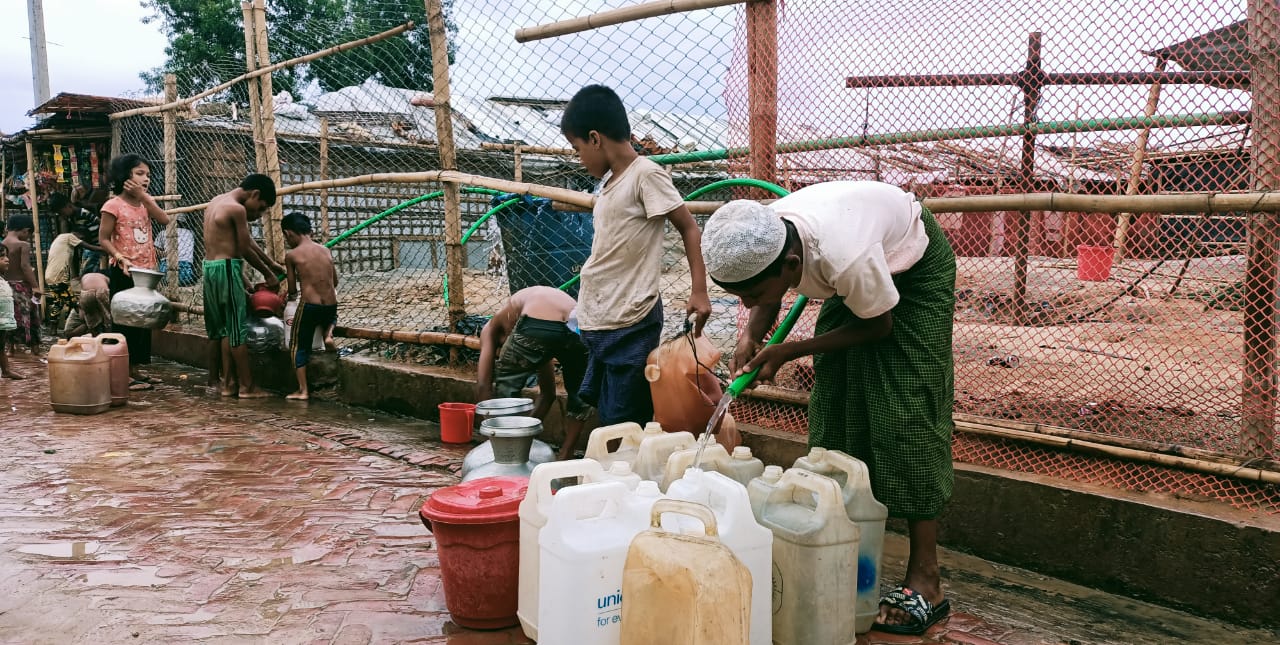 Photos and videos all provided by Fayroz Khan.